Since I last posted pictures on this blog, we have experienced many different weather conditions and temperatures. From freezing cold to melting snow and rainstorms. From some solid sea-ice to break-up, open water and freeze-up once again..

I´ll let some of the pictures, that I have taken during the last couple of weeks, tell the story.

These two pictures were taken in the middle of November, when temperatures had fallen down to about -17 degrees Celsius. These small fishes we love to eat for dinner froze almost immediately after they had been caught.

A few days later, temperatures had risen to 0 degree Celsius.

The last bit of sunshine I captured, this year … 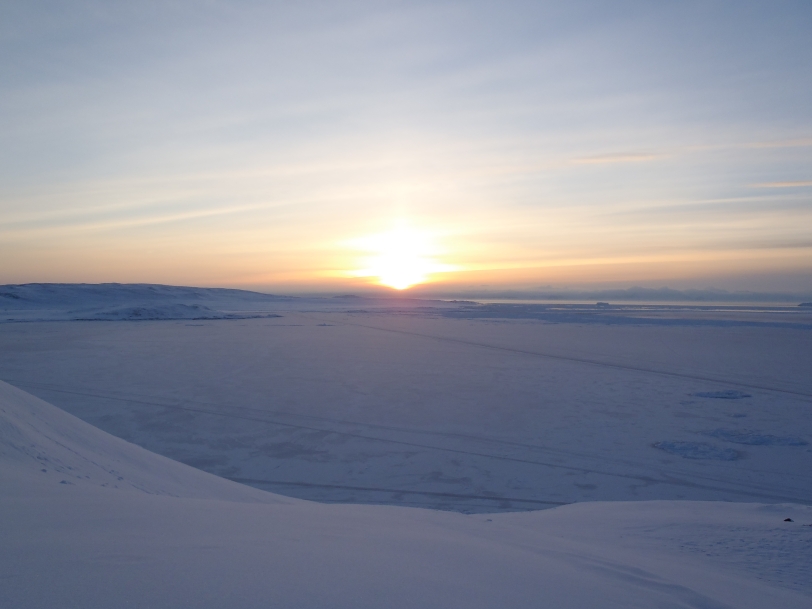 … looking down at the center of Ittoqqortoormiit, with some of our puppies.

Down by the ice

About a week later, the ice had partly broken up, and temperatures stayed above 0 degrees Celsius most of the time.

A rainy day in the end of November 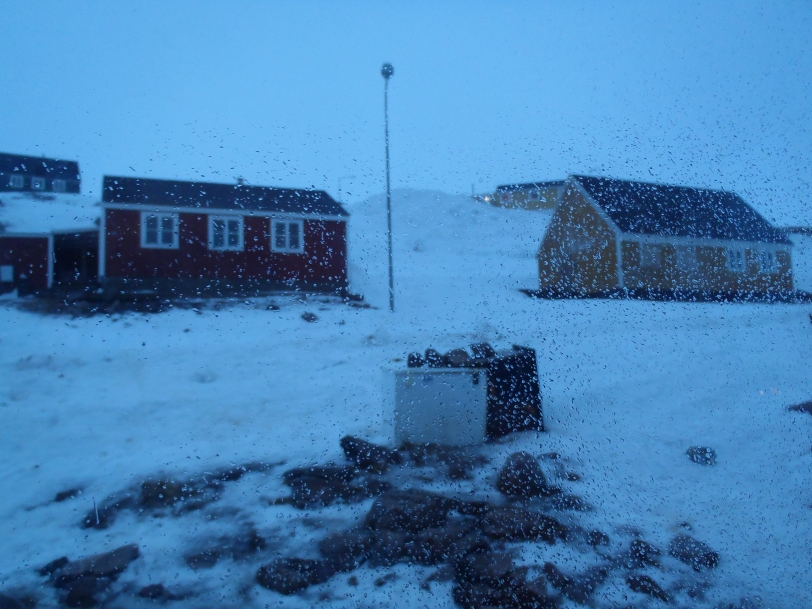 The ice was still there …

… and the fishing continued … at least for those who dared to get out there.

It had become way more difficult to get from shore to solid ice.

Ingkasi had shot a seal, and one of our puppies “looked after it” carefully from the very moment he brought it home until it was taken apart to be eaten later that day.

Then, after a big storm, all the sea ice broke off, and temperatures finally dropped again. 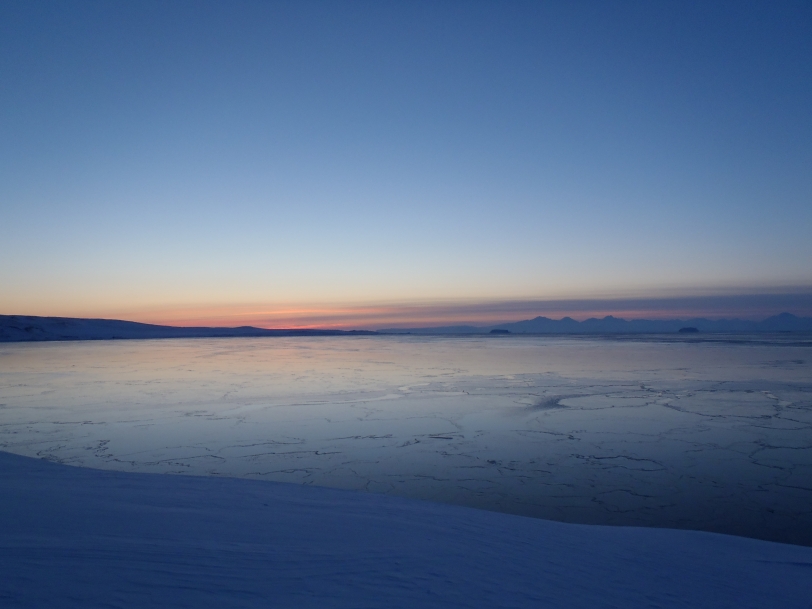 By the end of last week, we got a very nice layer of new ice.

Some of this ice has broken off in another storm recently. But some of it is still in place, and we very much hope that it is going to stay! 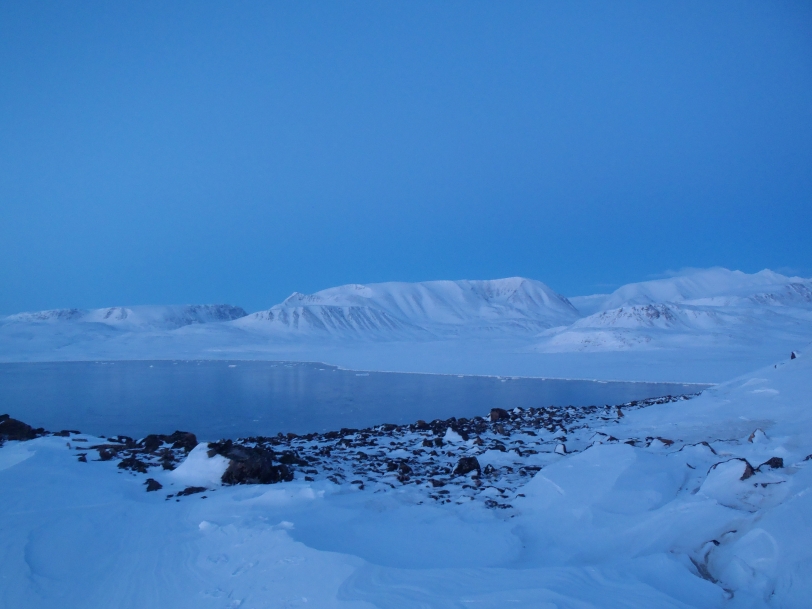 Have a nice December, and stay warm!  🙂