On the 9th of July 2015, Ittoqqortoormiit had a royal visitor – the Queen of Denmark, Margrethe II. She visits Greenland quite often, and this was her third visit in Ittoqqortoormiit during her 43 years on the Danish throne. 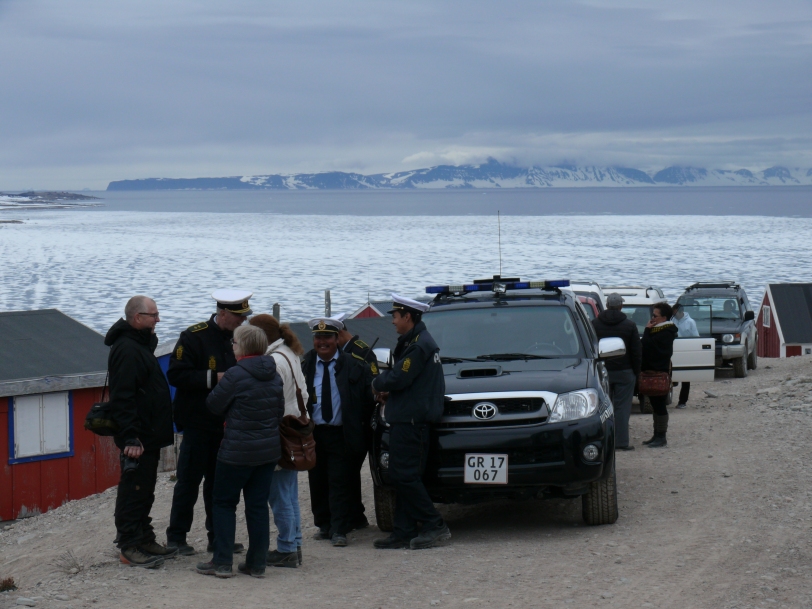 I did not walk up to the heliport, where the Queen arrived, but I could see a big crowd of people standing up there to welcome her at that time. At first, she visited different institutions, like the old people’s home and the kindergarten. On this first picture, the police (who drove her around town) is waiting outside, while the Queen is visiting the kindergarten.

The Queen on her way out of the kindergarten, followed by our local politicians (in white anorak).

Then, everyone in the community was invited to drink coffee with the Queen in the sports hall.

There wasn`t an empty seat left! 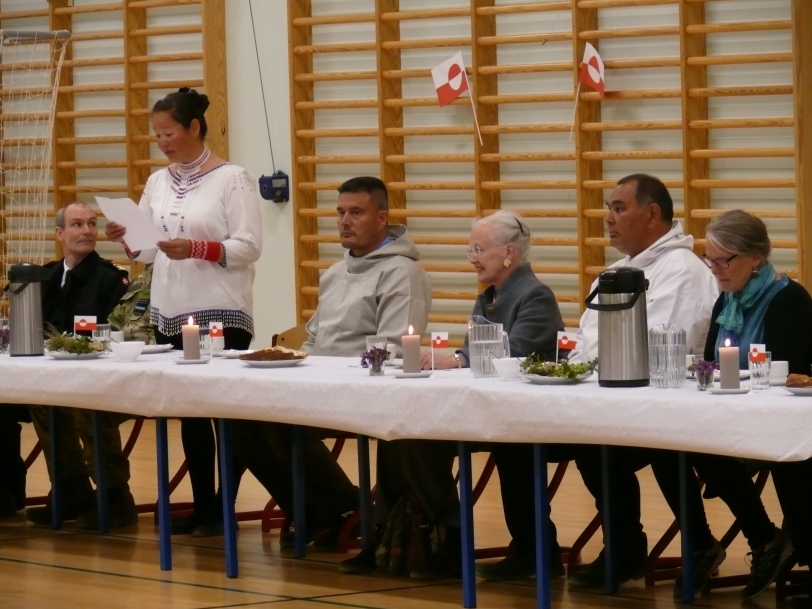 Charlotte Pike, our locally elected politician/member of the Council of Sermersooq Community (www.sermersooq.gl), gave a speech. The Queen was accompanied by the Greenlandic prime minister, Kim Kielsen (in a grey anorak, sitting between Charlotte and the Queen). We were quite excited about seeing him in person, as well!

A Group of children performed Greenlandic folk-dances. Unfortunately, I didn`t get a good photo of them while they were dancing. They performed very well!

Locally made gifts were handed over.

5 thoughts on “The Queen”